The Government of the State of Goiás - Brazil, the Consulate-General of Brazil in Toronto and the Brazil-Canada Chamber of Commerce (BCCC) would like to invite you to the workshop and presentation "Economy, Investment, Trade and Innovation Opportunities between Goiás and Ontario", to be held on Tuesday, September 20th in Toronto.
Goiás, one of the 26 Brazilian states, is located in the country's mid west region. As the 7th state in territorial area, Goiás has a privileged geographic position, being the 9th Brazilian economy.  Between 2010 and 2014 its economy increased in real terms at average rate of 4.4% per year, specially due to the evolution of agribusiness, trade and industrial sector, highlighted in the pharmaceuticals, chemicals automotive, food, steel and steel derivatives and more recently in the chain of sugar cane.
The Governor of Goias, Mr Marconi Perillo will present an overview of the investment opportunities in different sectors, but focused on Life Sciences and Innovation Energy.
For more information about the state of Goias, please click here.
Government delegation:
Mr. Marconi Ferreira Perillo, Goiás Governor
Mr. Leonardo Vilela, Health Minister
Mr. Isanulfo Cordeiro, International Affairs Minister
Dr. Fernando Cupertino, Public Health Consultant
Associations and companies:
Mr. Henrique de Siqueira, president of Jalles Machado Corp.
Mr. Heribaldo Egídio, president of SINDIFARGO - State of Goiás Pharmaceutical Industry Association
Mr. Célio Eustáquio de Moura, president of SINDCEL - State of Goiás Energy Generation and Distribution Association
Mr. Pedro Alves, president of FIEG - State of Goiás Industry Federation
Mr. Flávio Rodovalho, director of ACIEG - State of Goiás Commerce and Services Association

Economy and Investment Opportunities in Goiás

Economy and Investment Opportunities in Ontario 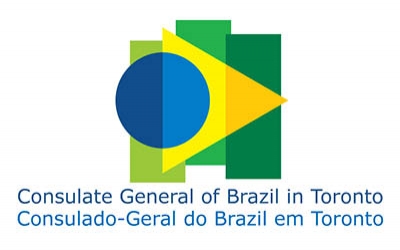 We would like to thank our sponsor Vale, the Consulate General of Brazil in Toronto, the Government of Goias, the province of Ontario and the City of Toronto for helping us making the "Business Opportunities between Goias & Ontario" Seminar a big sucess. Below you can find the presentations related to what was discussed during the seminar.

The videos presented at the seminar can be found here: